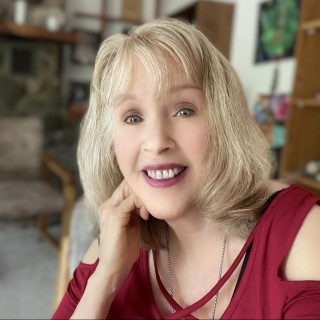 I am a priest in the Ascension Alliance, Dame Prioress of the Priory of the White Stone, a spiritual consultant, Akasha translator (reader) and visionary artist. I have been translating from the akashic consciously as a profession of Spirit since 1967. I am co-founder and now sole operative of Spirit Heart Sanctuary, a non-profit church. My main font is the New Earth Star Inner-Academy. I work with planetary transformation and inner self-awareness, employing heart ascension principles. My internet services extend to members and participants globally.

© Spirit Heart Sanctuary and Blue Star Love, 2012-2014. Unauthorized use and/or duplication of this material without express and written permission from this blog’s author and/or owner is strictly prohibited. Excerpts and links may be used, provided that full and clear credit is given to Maia Nartoomid and Island in the Stream with appropriate and specific direction to the original content.

BLUE STAR LOVE ~ From an Amazing Heart of Grace (486 pages),  addresses Elvis Presley as a spiritual being who had a life-purpose far beyond entertaining. He used his God-given talent and his desire to share it with people as a means to spread the greater Light within him into the world. A significant portion of “Blue Star Love” is taken from transcribed telephone conversations between Elvis and Wanda June Hill–one of Elvis’ “phone friends” whom he knew for the last 15 years of his life. Also included are transcripts of taped lectures Elvis gave in his home (which various people present informally recorded) and letters and cards sent by him to Ms. Hill, her family and friends. This material (both vocal and written) has been validated as authentic, and some of the documentation is included in the book. In addition to Elvis’ own thoughts, “Blue Star Love” contains quotations from people of quite diverse backgrounds in which they express their profound feelings about a person who was much more to them than just an entertainer. Their statements form a testimony supporting the concept of Elvis’ special heritage and mission in life. Some of these individuals knew him on a personal basis, many did not, yet all saw him as a special personage endowed with the ability to help people from all walks of life transcend the barriers of their travail and reach for the stars of a brighter heaven.

In addition, “Blue Star Love” contains Elvis’ basic numerology and his natal birth astrology. Also revealed are the striking similarities between Elvis as an archetype and both historical and mythological persons of ancient times.

For those who care to go deeper into the esoteric, there is also given a “teaching” through the meaning and purpose of this soul’s incarnation as “Elvis Presley.”

* his spiritual preparation before performances

* his relationship with the Self Realization Fellowship and it’s then-leader, Daya Mata

* the symbolic meaning of his stage costumes

*Elvis as a prisoner of the mob

* his phone friendships with ordinary people which lasted through the years

* his poems and letters

* Elvis’ reflections on life and death, his family, his future

From the phone transcripts:

Wanda: You are really into all of that – spiritualism type of things, huh?

Elvis: What-no! Not spiritualism – spiritual development, soul growth and learning to develop the powers we all have lying innate. I’m not a conjure of spirits. I don’t have to, but I am not of this world, either. I know that, I know who I am. I am a man, a human being now, but what is ‘me’ is not from here. I am from out there. Did you ever hear of Rigel? (a star in the constellation of Orion.)

Wanda: No, is it a country or a person?

Elvis: A place, my home is near there – my other home – where I am from, and I have the Blue Star for my sun. I have eight moons and a mansion beneath the outer shell of my planet. You think I’m making this up, but its true – you’ll know that one day. You’ll remember what I told you – before you die – you’ll see some of it happen, and you’ll be involved because you and I are tied together and you don’t know it but I do. I can’t tell you how – I don’t remember it, but I feel it in my heart, in my inner self, and so do you. Why else are we talking about this? Why are you here? Why am I? I care about you because you are a part of my past as I am yours, and together it makes that tie in this life. Because of you and me things will happen – people will do things and have opinions and change minds and perhaps be more content, happier because of you and me knowing each other…that is life.

MAIA TALKS ABOUT THE BOOK